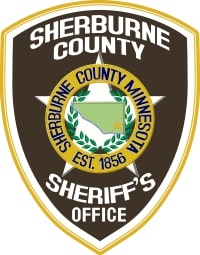 Richard “Dick” C. Backlund, Jr., 72 of Big Lake passed away at his home on August 28th, 2021. Dick was born on May 29th, 1949 in Elk River, MN to Darlene (Hudson) & Richard O. Backlund, Sr.  Dick lived in Big Lake all his life and attended Big Lake Schools.  On January 18, 1969 he married Mona (Moos) at Saron Lutheran Church in Big Lake.   Dick & Mona made their home just east of Big Lake in Big Lake Township. There they lived and raised their children Joseph & Shannon.  Dick served as a deputy under Sheriff Chet Goenner of the Sherburne County Sheriff’s Office. Dick was proud to be a peace officer and served until 1985. Dick was always a tinkerer of anything electrical or mechanical.  This led him to start Dick’s CB Sales, which led to opening his business Audio Communications of Big Lake, which he owned & operated from 1977 to his death.  Dick loved the Big Lake community and stayed active in being part of Big Lake.  He served as a member of the Big Lake City Council for 10 years. He loved his family and friends unconditionally. He was known for his sharp memory and quick wit, and kind heart.   He is survived by his wife of 52 years, Mona of Big Lake, Joe (Trisha) of Hawley, MN, granddaughter, Cheyenne of Fargo, ND, mother, Darlene Lanz of Big Lake, sisters Sandra Lowe of Powder Springs, GA, Sally (Jeff) Berthiaume of Becker, Sheila (Jerry) Berthiaume of Big Lake, & many nieces and nephews. He was preceded in death by daughter, Shannon; father, Richard; father-in-law, Bernard Moos.  Dick will be missed and remembered by his family & friends.

To send flowers to the family or plant a tree in memory of Richard C. Backlund, Jr., please visit our floral store.